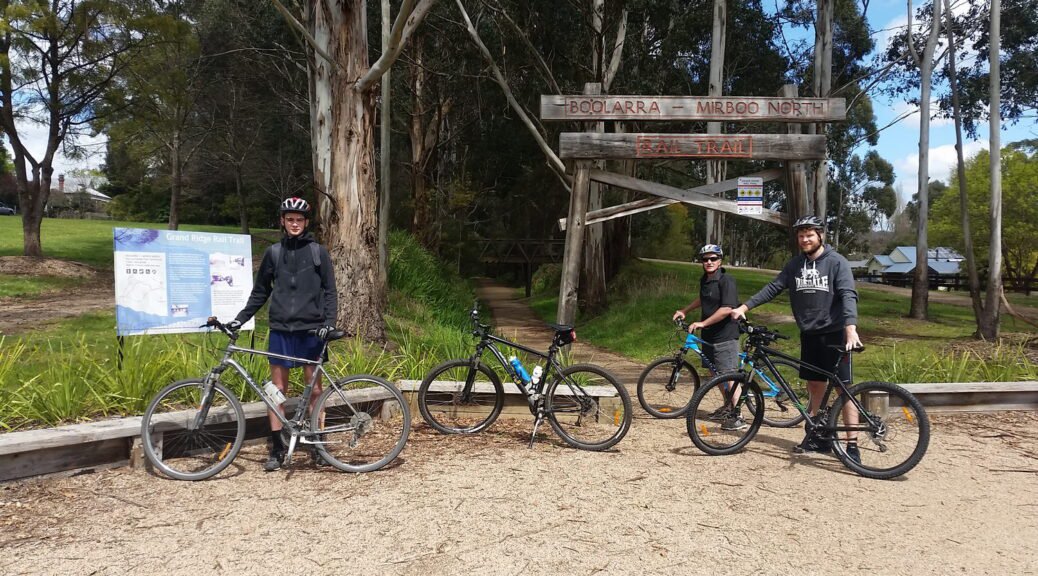 This time with Chris and Robert, Kyle and I rode from Boolarra to Mirboo North where we had an excellent lunch at the Strzelecki Bakery.

It’s certainly a lot easier starting at Boolarra. After lunch it was a nice easy ride home.

A few changes and improvements were noted. At the “third culvert” a picnic table with a steep track leading down to it was installed. I think many riding along the trail could easily miss it as you need to be near the track edge to spot it.

Also noted was that the bridges now have names, at least they now have name plaques. From Boolarra we first crossed Cartwrights Bridge and then the Neil Trease bridge. There was no information about the names which would have been nice to know.

For more information about the history of the rail trail and railway see the Grand Ridge site.

Our ride of the Mirboo North to Boolarra Rail Trail, aka Grand Ridge Rail Trail. It was an easy 12km ride but losing over 150m in height I know why! Karen and Connor decided to avoid the hard climb back and got picked up at Boolarra. Next time we will start from the lowest point! 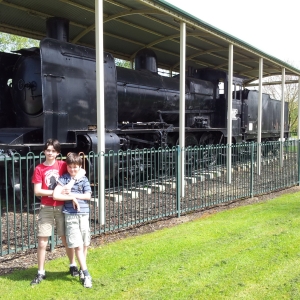 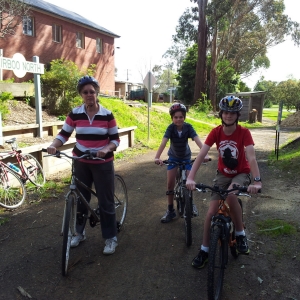 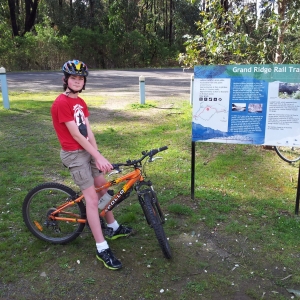 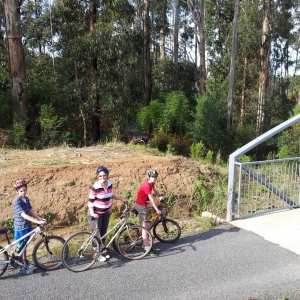 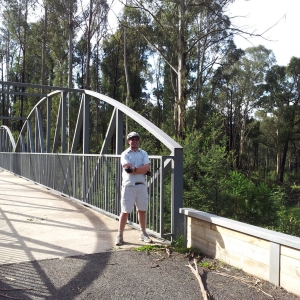 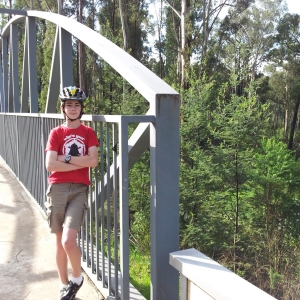 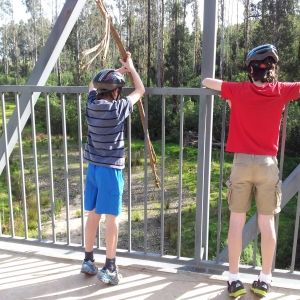 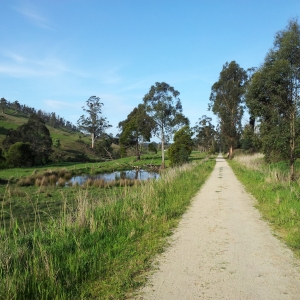