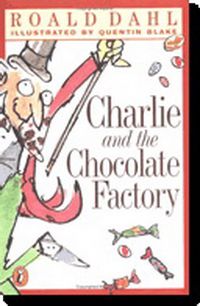 I read this book with my son Kyle and we both loved it. I have seen both films based on the book and it is interesting to compare how each of them has stuck to the original. 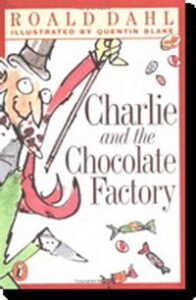 Charlie and The Chocolate Factory, by Roald Dahl
(Book – 1964)-Fiction

Both movies Willy Wonka & The Chocolate Factory and Charlie & The Chocolate Factory, have large variations on the plot and some differences are common to both movies. For example, Willy Wonka has a beard but not in the movies. On the tour the children are accompanied by both parents (except for Charlie) but in the films they only have one parent each; I guess this was done to reduce stage clutter.

The first movie does not use the words from the songs in the book at all.

The second film features a large part of the plot on Willy’s problems with his father. The book does not mention his father at all.

Both movies pick up bits and pieces of the book and use them in different places. Read the book and then see both movies; you can see what each film brings to and removes from the tale of Charlie & The Chocolate Factory.