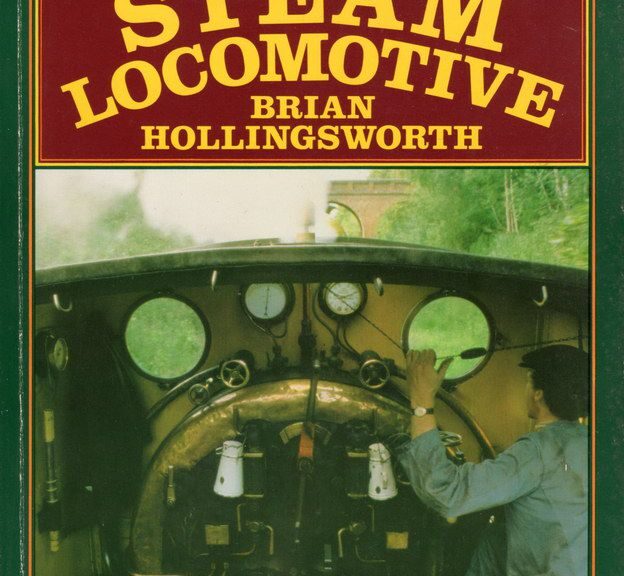 An excellent introduction to learn how to drive a steam locomotive, plus railway safe working.

The book is written to encourage the reader to become a steam train driver. When the book was written the opportunities were very limited. But in 2016 I suspect that due the drivers and many other staff ageing out in the tourist railways there are more opportunities now. In fact the South Gippsland Railway was forced to close due to a declining number of volunteers. The Puffing Billy Railway have an induction program for steam train drivers where you start out as an engine cleaner.

The Controls and Operation

The book goes through a lot of detail about the cab layout and what each control does. Important to note are the steam cylinder cocks which must be open during starting up to allow the condensed steam to escape otherwise the cylinder will explode!

The throttle and reversing lever (valve timing controls) are explained. When starting off the cut off is set to 75% and eased to down to 25% once the engine is going. The author did a great job of explaining the process by comparing the piston to a heavy door being pushed to and fro by two people. Initially they have to push it most of the way but once it is going the door (or piston) moves under its own momentum.

Vacuum and Westinghouse brakes are well explained, plus the difference in screw couplings (UK use) and the knuckle type (US and Australia). The screw couplings are tight but labour intensive whereas the knuckle couplers have about five inches of slack, so for a long train this can mean the locomotive moves 50 feet before the last wagon moves. This can effect braking as explained in the book.

Another interesting thing to note was that every 30 miles (48 km) the fireman places a shovel of sand into the firebox to scour the boiler tubes.

A Train Journey and Safe Working

After the reader has been taken through the basics of driving a steam locomotive the author follows on with a full description of a train journey from Penzance to Bristol.

The head and tail lamps that are used to indicate what train you operating; mainly for the benefit of the signalman. A good trick to play on apprentices is to get to bring some “red oil” for the red tail lamps!

An excellent example of single line working (when one direction is obstructed) is explained and it reminded of my driver training with Metro Trains in Melbourne.

Where the UK and Australia use signals for train separation in the US in the early days train orders were used to keep trains apart and safe. Everyone’s watches had to be synchronised and train orders issued by the dispatcher told crews where they should be and which trains they have to wait for at passing loops.

There were also rules about which trains had priority, for example east bound override west bound trains. These rules could also be overridden by the dispatcher.

The book covers steam locomotive driving opportunities from tourist railways, to miniature railways; and finally owning your own locomotive where you straddle the raised tracks. In the 70’s you could buy from British Rail a  main line steam locomotive for the cost of a small car. Cheap to buy but the running costs would be huge. Small engines are a tiny fraction of the cost of the full size ones and are a better option.

A lot of information is presented in an engaging way; especially if you are interested in railways. The author has had many years of experience in the railways and it shows. Well worth a read!