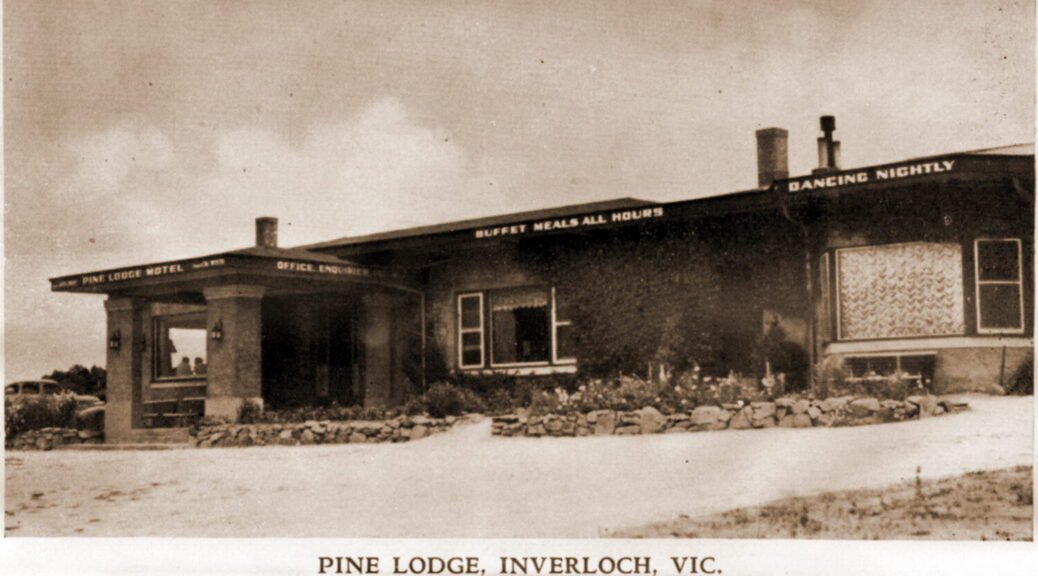 Designed as a country club it continued to run until 1981 attracting the social elite from Melbourne. Pine Lodge had the first telephone in Inverloch and a 33 yard sea water swimming pool (when built, the largest private swimming pool in Australia).

For five years during WW2 it was used as a Naval Hospital. It was demolished in 1985.

The Pine Lodge Motel awaiting its fate. Taken around the late 1980’s in a very derelict state and awaiting demolition. There are a number of obvious additions since it was first built. The wing and building to the left of the picture would have been added when the Motel was providing wounded soldier accommodation during the war.

Remnants of the Pine Lodge Hotel

Located at the corner of Ramsey Boulevard and Scarborough Street the old Pine Lodge Motel site as of 2013 is still mostly vacant. All that remains are the two pillars which welcomed visitors from Ramsey Boulevard to the circular driveway with a water fountain. At the top of the hill there is a paved driveway which provided a shorter way to the main building entrance.

In late 2018 the site was up for sale as a subdivision, so after nearly forty laying dormant the site will soon be in use again.