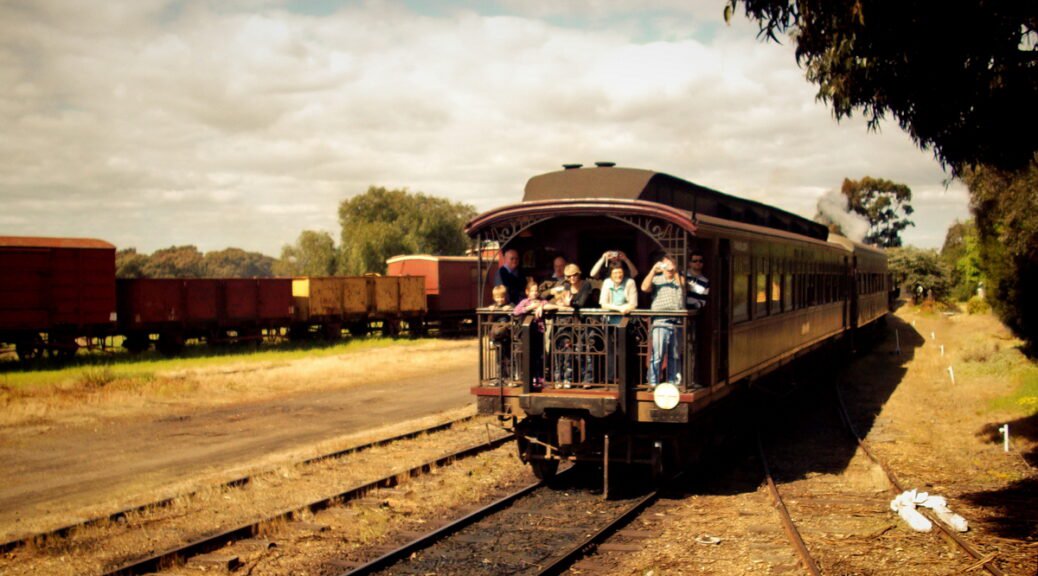 Australia’s most southern most railway is virtually unknown. Technically it’s a tramway built in the 1890’s to take limestone out to the waiting ships in the port. It runs from Ida Bay (south of Southport, Tasmania) to Deep Hole which has a mile long secluded beach. You can even camp out overnight and get the train the next day.

Is a hard to beat day trip, for rail fans and the public.

The Ghan, Adelaide to Darwin

I hope to do this trip once the boys are a bit older and more patient. The articles that I have read about the trip indicate it is great for rail fans and the public.

The Indian Pacific, from Sydney to Perth

Tourists and rail enthusiasts enjoy the rail trip, with a lot of scenic highlights and wildlife. Off train tours make the trip a most enjoyable travel experience. I rate the Savannahlander ahead of the IP and Ghan, as a “Must Do” rail travel experience.

This is a world class rail travel experience. Yet to travel on this one. Last time I was in Tasmania the locomotive was in a museum. It’s great to see old railways become reborn again.

We did this one before the boys were born and West Coast had its magnificent R Class loco running burning old brake fluid. The route is no longer operated by West Coast Rail who went insolvent not long after our trip.

Photos are on their way, but they are coming from film and need to be scanned.

This is one of Puffing Billy’s “sister” railways. An excellent ride along the cliff walls for most of the way. An engineering feat both in construction and restoration.

I’m usually not a big fan of miniature railways as being tall I have problems fitting into them. They are a lot cheaper to ride than the full size railways which is one notable advantage.

This miniature railway near where we live is the best 7.25″ railways in Australia. Well worth a ride.