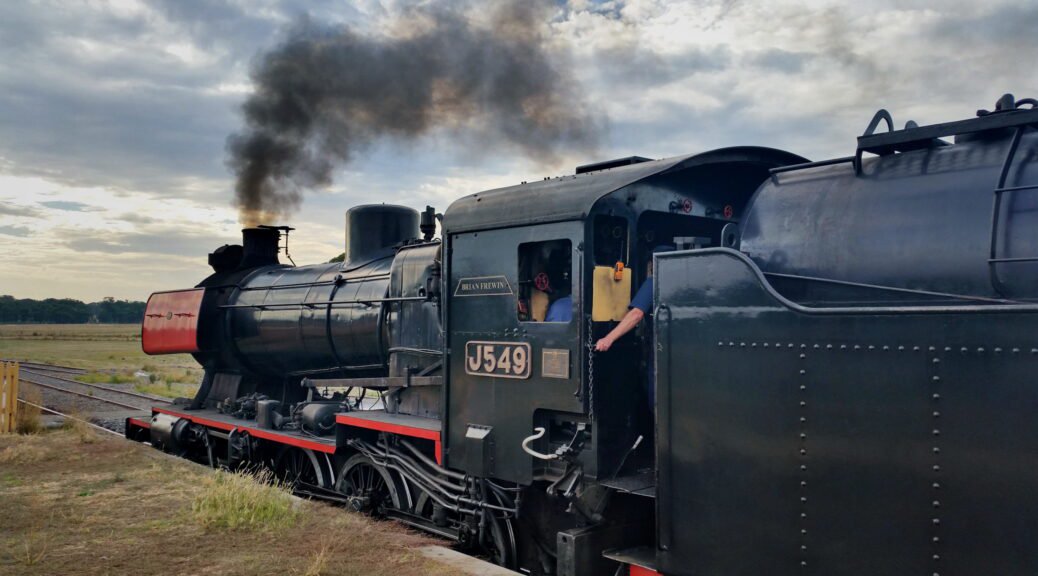 A scenic ride along a rail trail which still has a rail service, the Castlemaine to Maldon Rail Trail.

The Castlemaine-Maldon Rail Trail technically isn’t a “rail trail” as it uses the railway maintenance track and some public roads. Most of the time you are close to the rails but sometimes you are far away enough to not be able to see the train when it goes past which happened to us once.

Hills are more noticeable on this ride compared to other rail trails; unlike the train which gets a nice bridge to cross any gullies, cyclists have to go down and up. It’s a good idea to have an off road bike and wide tyres. It is rideable with a normal bike as most of the surface is fine gravel and unsealed road. Some parts are steep and rough at the same time, with large rocks on the track making riding difficult. These sections are short and can easily be walked without losing too much time.

The ride isn’t the most scenic one I’ve ridden but having a working steam train to watch go by is a definite bonus.

We started our ride from Castlemaine railway station, making it a 19 km ride each way; and Maldon would be a nice place to have lunch. 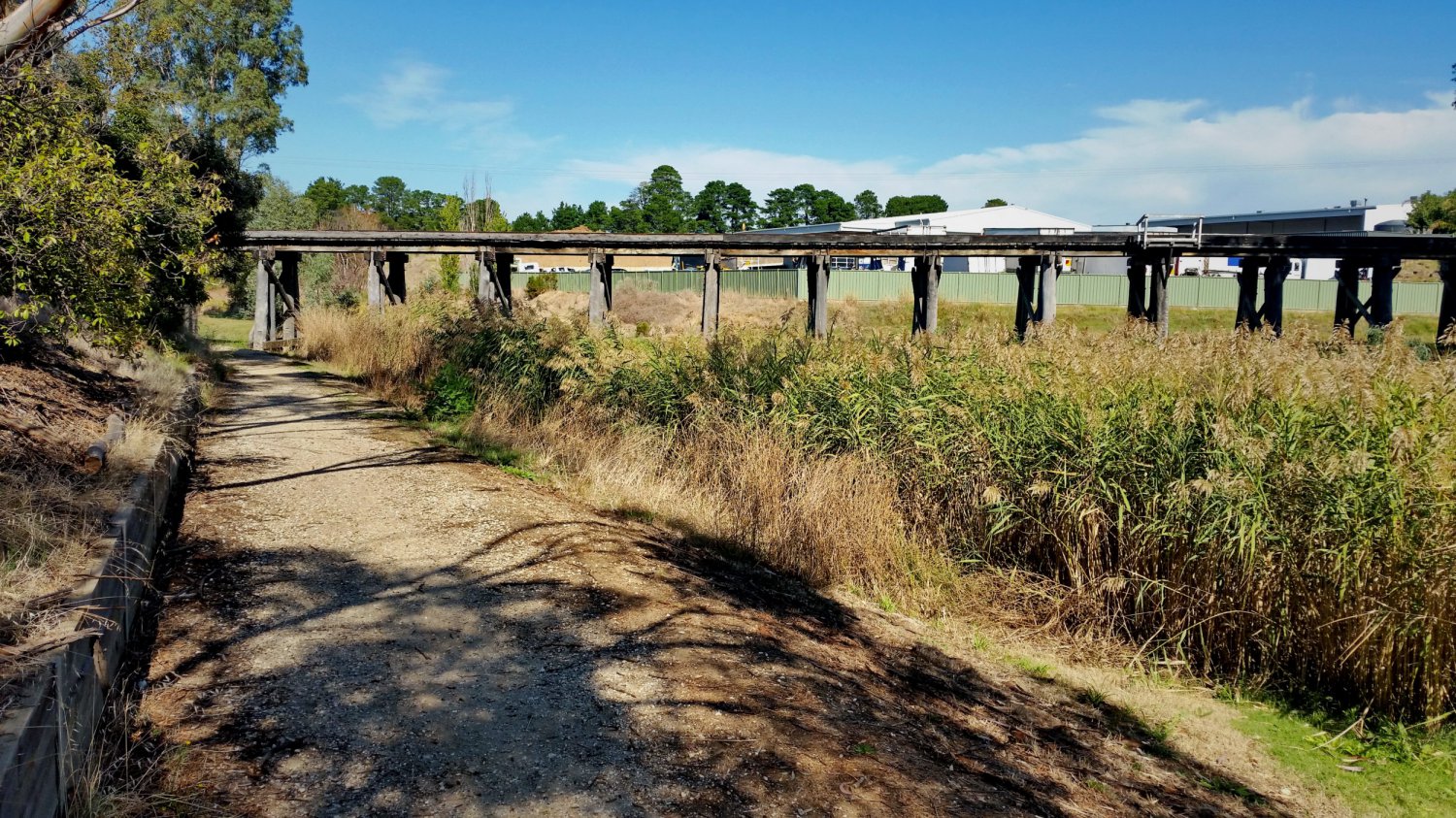 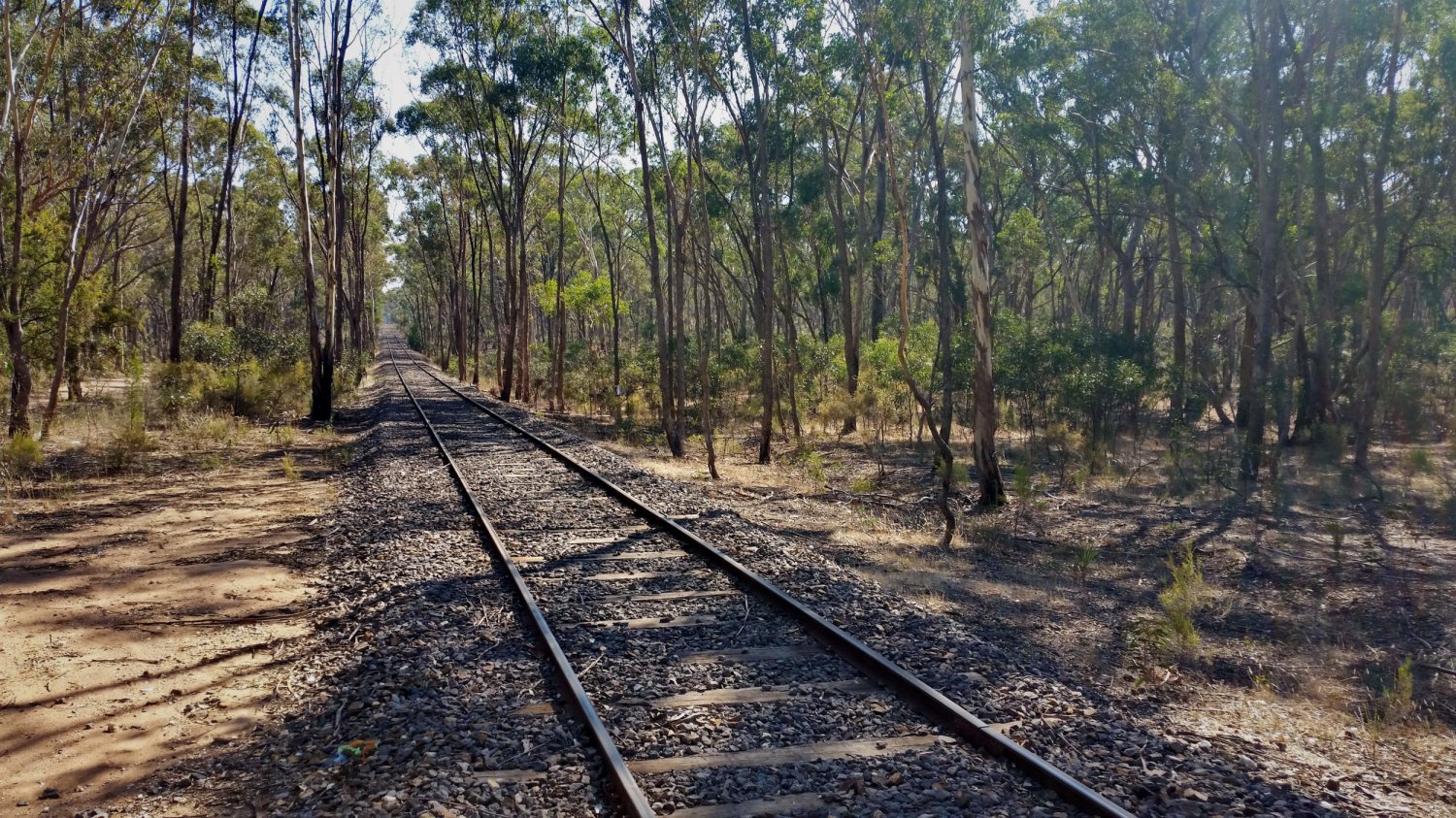 Following the tracks to Maldon 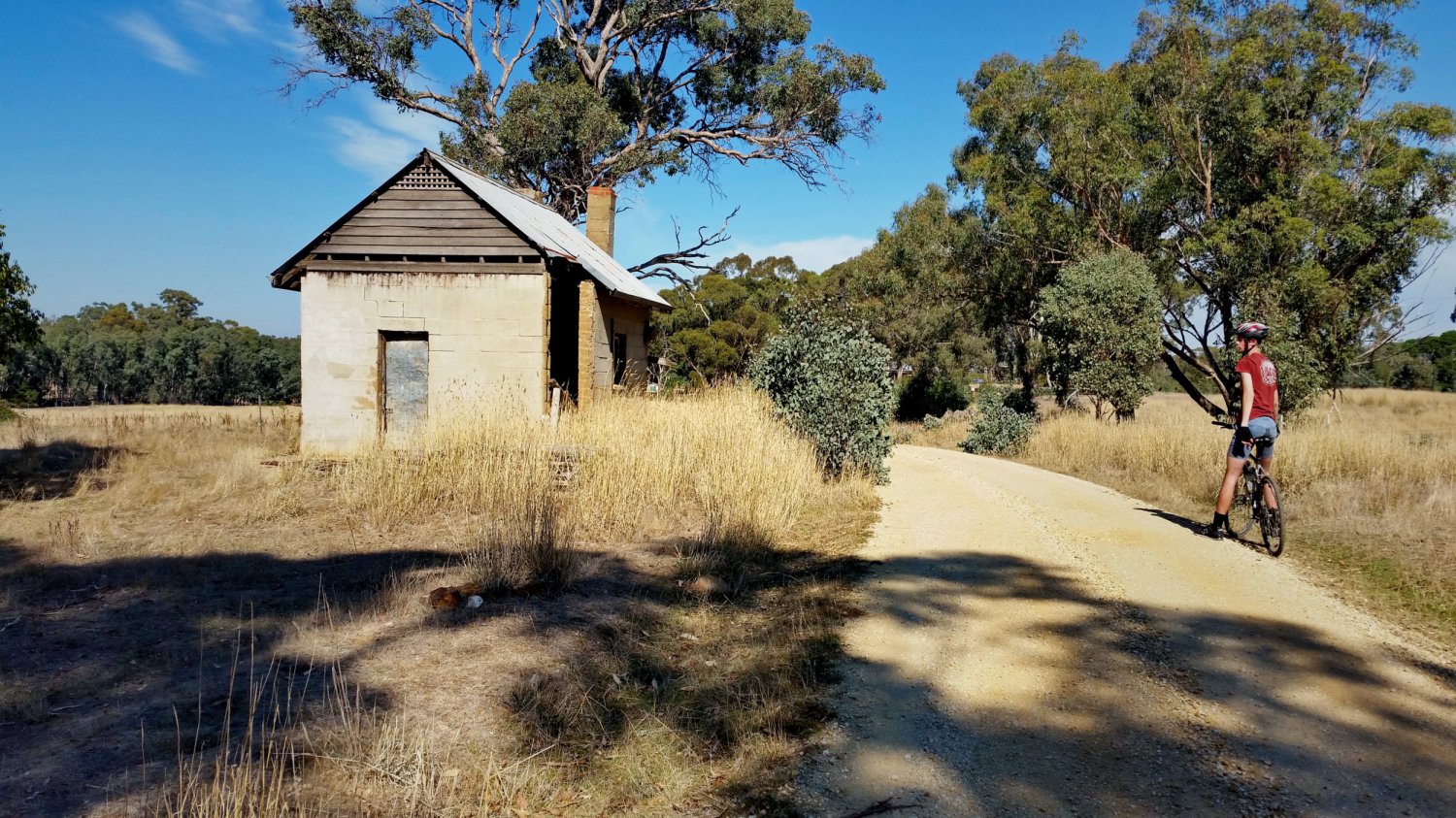 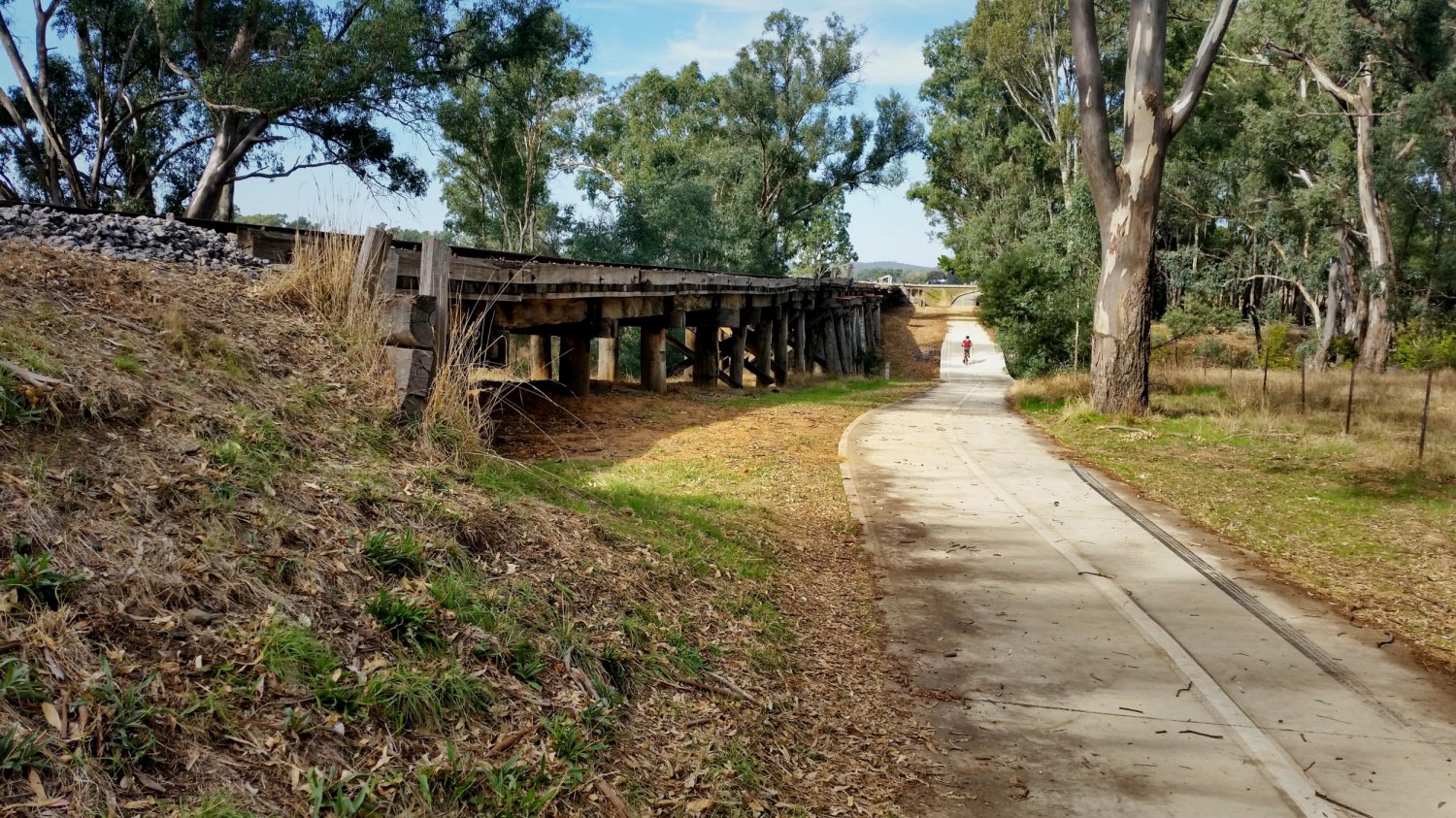 The dip near Muckleford 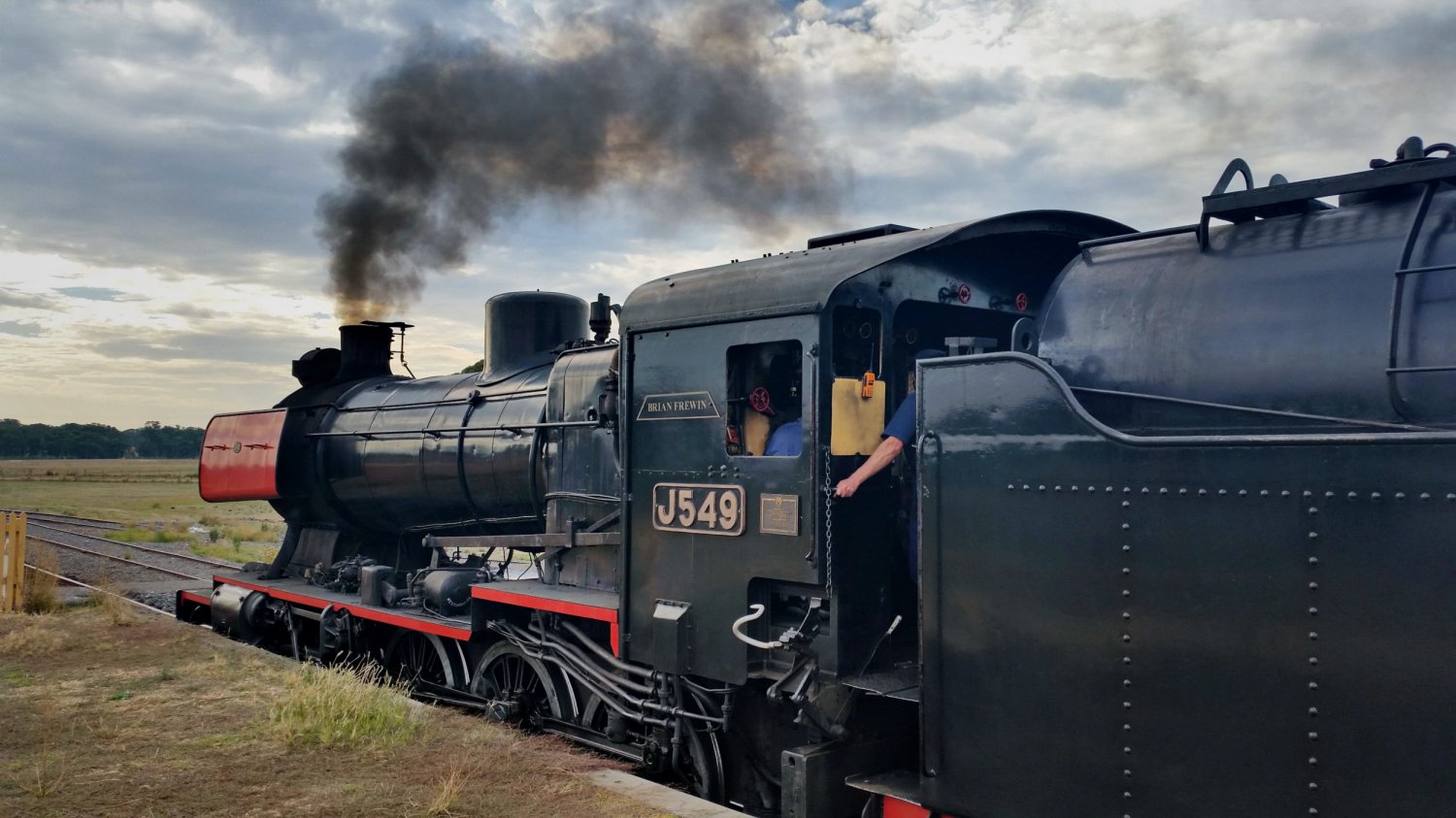 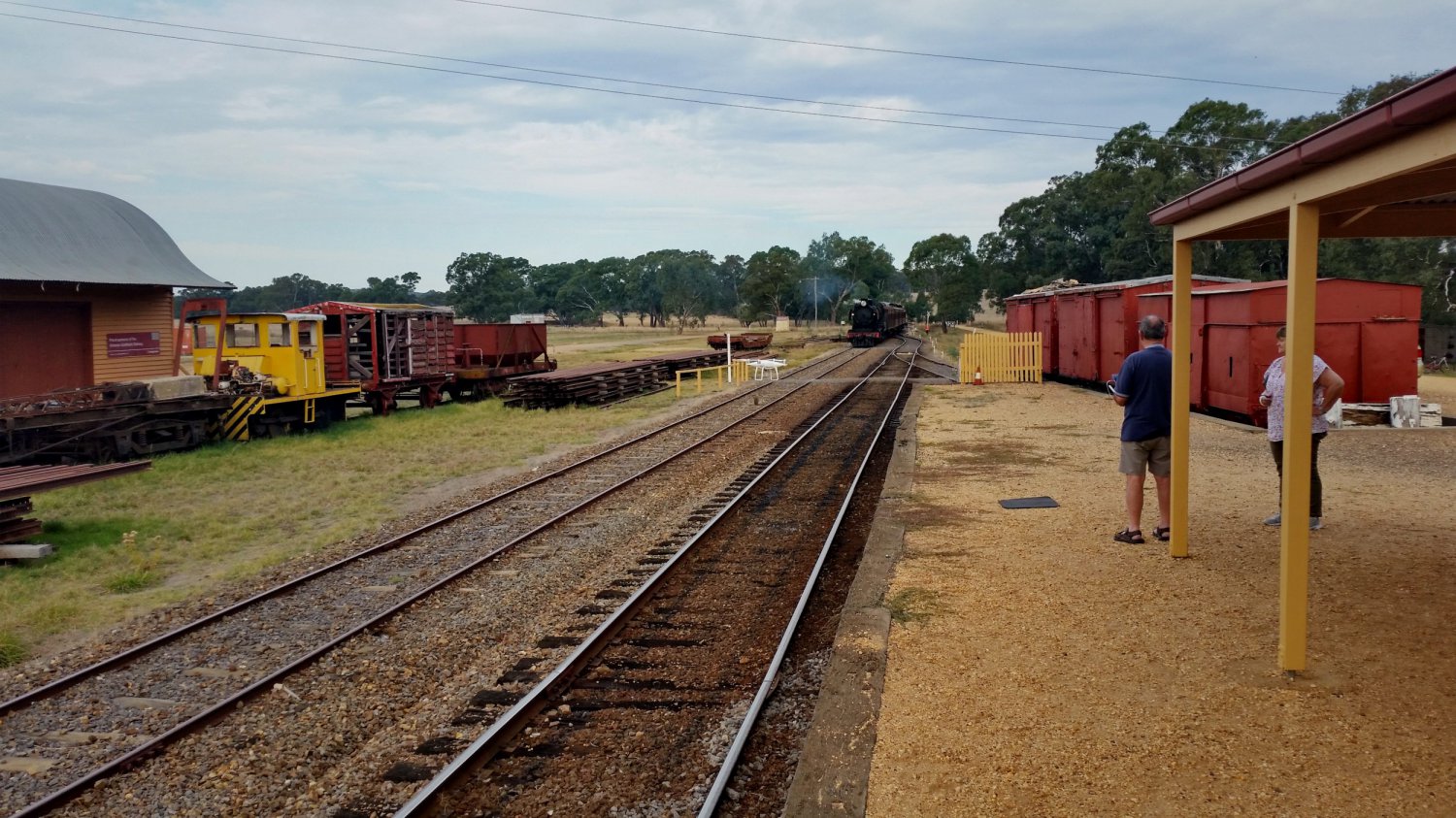 Something you don’t normally see on rail trails, a working steam train; a wonderful addition to the ride.