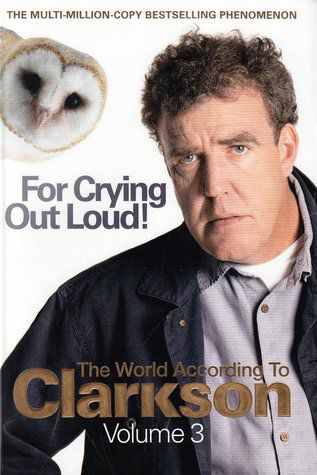 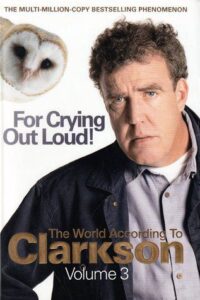 A very funny read. It’s a collection of articles from Jeremy Clarkson’s column from The Sunday Times published in the UK in 2006 and 2007.

Some of my favourite topics covered include:

It was interesting to learn that much of Top Gear is scripted. On the show the words spoken come across as very natural. For the test drives Jeremy drives the car around making notes. Next he goes away to an onsite shack to write the script using his notes. In the meantime the car is driven and filmed by the crew. Next Jeremy reads his script on camera.

Some parts were so funny I could barely contain myself, whereas others I felt that time and distance separation made them irrelevant and not funny. A number of references are made to British personalities, and a quick search of Google is needed to understand the joke.

I found it was funnier if only one or two articles or chapters read at a time; and I guess this is how readers of The Sunday Times would have enjoyed it. After a while the excessive exaggerations and completely untrue facts wears a bit thin.

A funny read that’s best enjoyed in small doses. It might be worthwhile chasing up some more recent material by Clarkson. He is a very witty and knowledgeable writer. I will be on the lookout for more of Clarkson’s work.