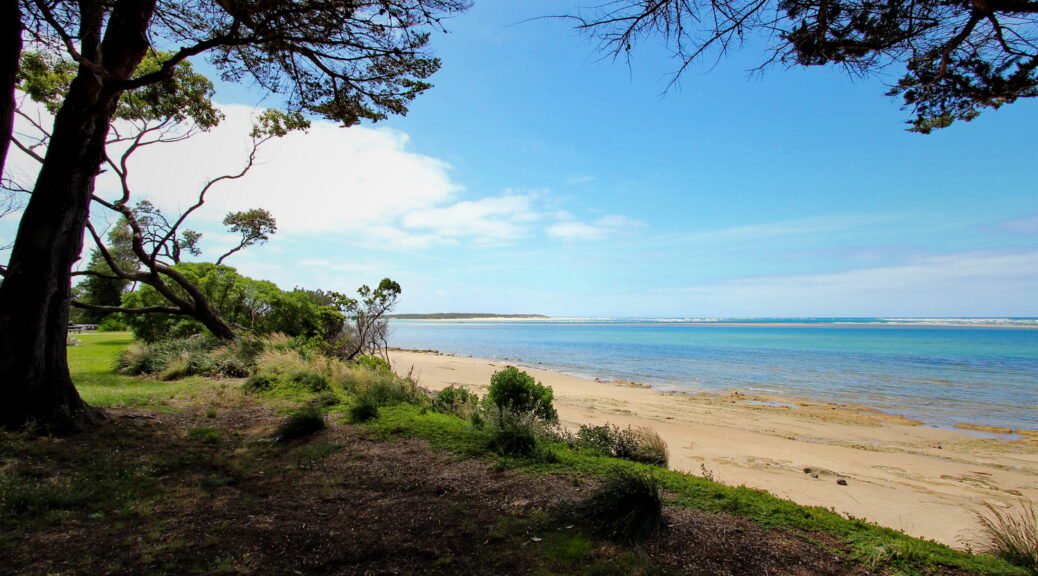 Our times at Inverloch having a family holiday house there. We have been visiting Inverloch since 1991 and we have seen a lot of changes. The old holiday shacks with character are being replaced with architect designed monochrome boxes. Some do look good and others not so much.

A surprising change is the beach. It’s almost gone from the pier to the old Moller’s Caravan Park (which has now gone too!).

At the caravan and camping park at the other end at high tide the beach does not resume until the fishing club premises. The erosion is due to Smythe’s Point losing it’s sea facing part in a large storm about five years ago.

It’s interesting to note that while the natural features have changed little (including the continuously eroding Eagle’s Nest) the town has changed a lot.

If you wish to learn more about Inverloch’s past try the Inverloch Historical Society.

In November 2013 the decision was made to sell the holiday house as it was getting difficult and expensive to maintain from Melbourne. A year later it was sold to a local investor; and at the same time Moller’s Caravan park closed for good.

We leave behind many happy memories and we can now move on to create new ones.

Thank you Hans for giving us a wonderful house for wonderful times.

The last stages of cleaning up and removing all furniture from our holiday house.

After all of our belongings were taken home we came back for one last look at our holiday house in Karen’s Micra; and we visited a point of interest in Wonthaggi on the way home, the site of Victoria’s worst mine disaster in 1937.

On our way home from doing the Foster to Port Welshpool ride we passed through Inverloch. The old holiday house was looking great with a striking new seaside colour scheme, on the front at least! A new driveway and a walled in car port are the other obvious changes.

The beach had changed too, with much of the tea tree forest gone. It used to be a struggle getting the kayak through here, but now there are no obstacles.