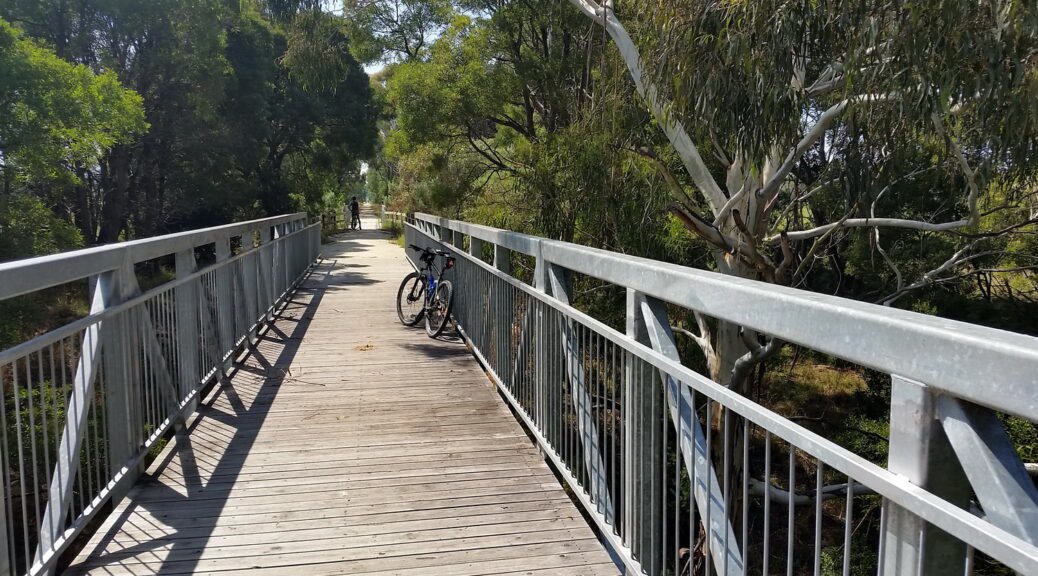 This excellent ride is not far from the Mirboo North to Boolarra rail trail. This 75km ride was done over two stages in two days.

This second leg wasn’t as scenic but it was a lot easier. Port Welshpool is an interesting place featuring a museum and a large pier in the harbour area. Most of the boating activity was made up of small private boats.

There is a large disused ferry terminal building suggesting that it was quite busy at one time.

As the ride wasn’t long we made our way back to Foster to re-join the rest of the family for a rather late lunch.

On the trail we encountered:

As for the Leongatha to Foster ride it was noticeable how little use the trail gets, and this part was even quieter. There is progress being made to extend the rail trail to Korumburra and given its lack of patronage (at least when we went on it) it could be money unwisely spent.

Maybe it would be better to keep the rails and have it as a trolley or rail bike track, which would be a first for Victoria. But sadly the rails are already gone, so it’s a standard rail trail now for Leongatha to Korumburra. Anyway it will be another ride to do. 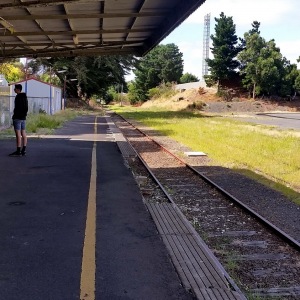 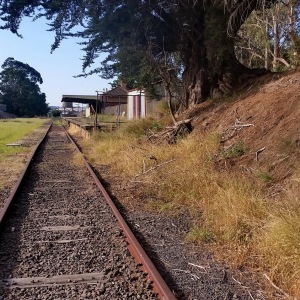 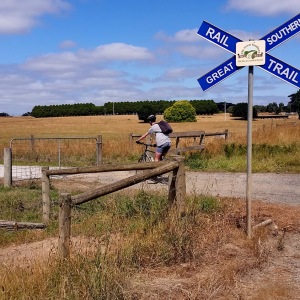 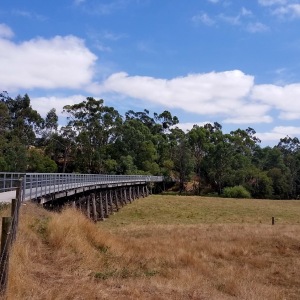 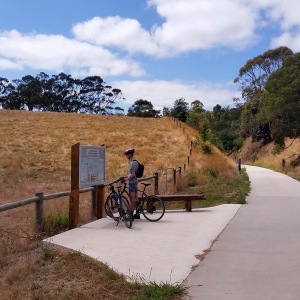 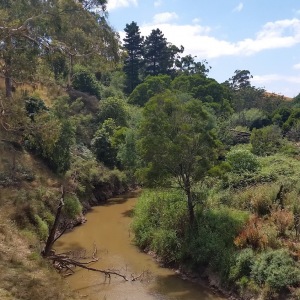 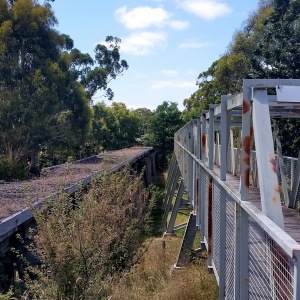 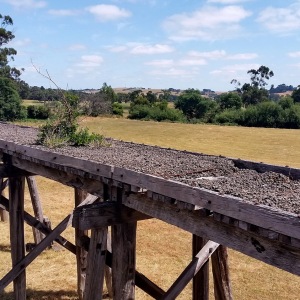 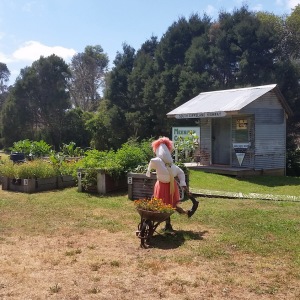 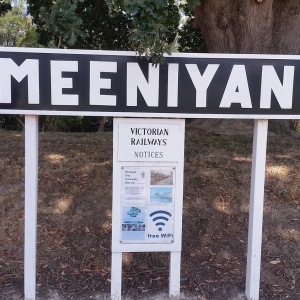 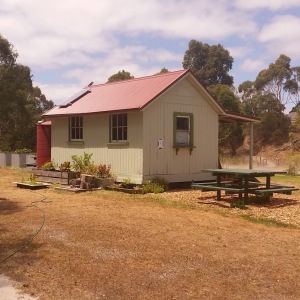 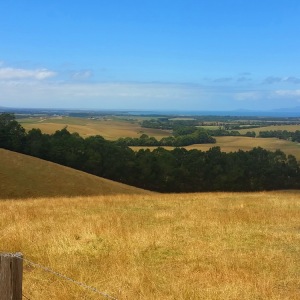 Parking the car at Leongatha we began this scenic ride. The whole day was almost 100km, our second longest day ride.

The track isn’t too hilly and there are some delightful towns along the way. One highlight was Fish Creek which has a large artist population and one big teapot near the railway station (for a tea cosy festival apparently).

Meeniyan is worth a short stop . Beside the trail are whimsical artworks to take in.

On the trail we encountered: 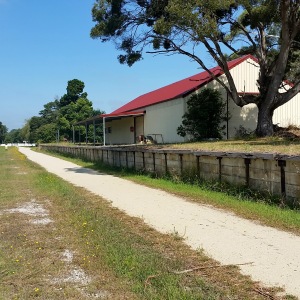 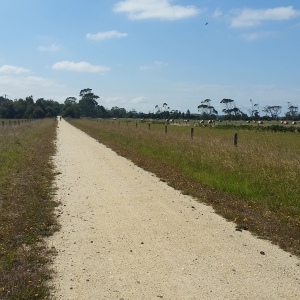 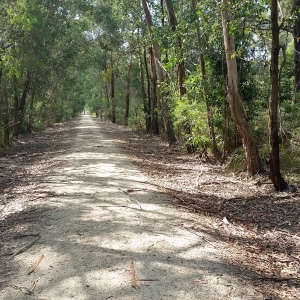 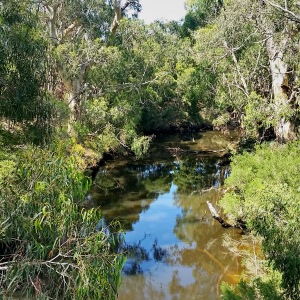 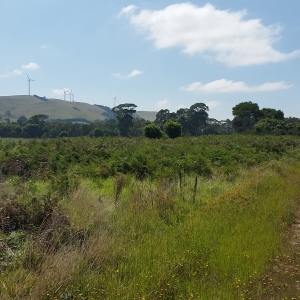 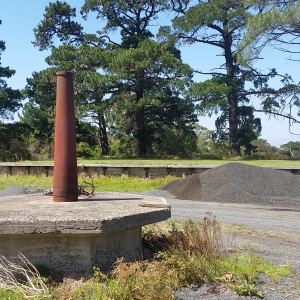 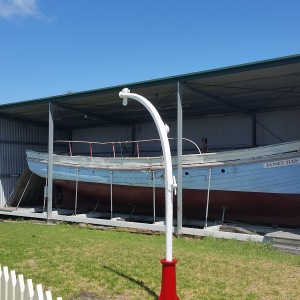 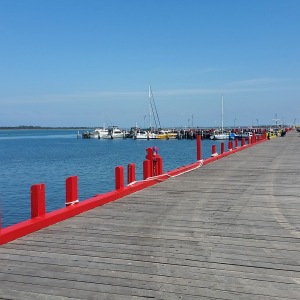