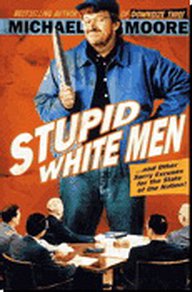 Published in 2001 by the time I got to read it its age was showing. Good background to the Bush/Gore election and to the movie Fahrenheit 9/11.

At the end you wish Moore would take his own advice in that ordinary citizens should run for office. I think he would help solve many problems. But I guess it’s easier to be a critic than to sit in parliament, as Peter Garrett found out!